Is Aspirin “The Blood Thinner” Truly a “Miracle Drug”? 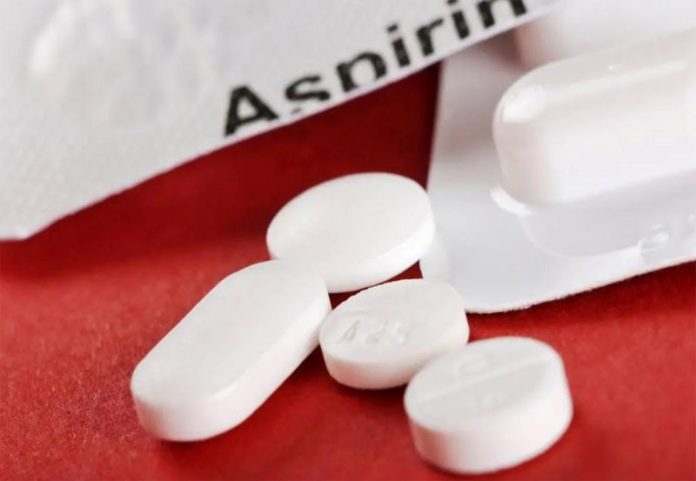 It’s a powerful analgesic, and it’s been connected to a lower risk of things like heart attack, stroke, and cancer. Many people think Aspirin “The Blood Thinner”, is a miracle medicine but is that the case?

Aspirin is frequently called a “wonder medicine” due to the many positive health effects it has been associated with.

Scientists in the United Kingdom have stated that they will soon begin the largest clinical trial of Aspirin, called the Add-Aspirin phase 3 trial, which will study over 11,000 people to determine if Aspirin successfully prevents cancer recurrence.

The news has generated a lot of buzz in the medical community, with several professionals saying the experiment might be “game-changing” if the medicine is proven effective, providing a low-cost option for increasing cancer patients’ chances of survival.

Among the many diseases that Aspirin may help treat is cancer. However, some medical experts worry that the risks are being neglected in favour of the possible health benefits.

Prof. Peter Weissberg, medical director of the British Heart Foundation in the UK, told The Independent, “Because it’s been around for a long time, people think ‘it must be safe and it can’t do me any harm.'” They’re using it “just in case,” but it carries a significantly higher risk profile than other medications that raise similar concerns, such as statins.

In this Spotlight, we will examine the advantages and disadvantages of Aspirin for health purposes.

Aspirin is Among The Most Widely prescribed Medications in the World.

Hoffman developed a method to synthesize acetylsalicylic acid (ASA), a synthetic counterpart of salicin, a molecule found naturally in plants like the willow tree. ASA is the active ingredient in Aspirin.

In early clinical trials, Aspirin was discovered to be useful in treating pain, fever, and inflammation. The medicine is thought to have these results by preventing the body from making prostaglandins, molecules that contribute to pain. Aspirin’s anti-inflammatory properties make it a go-to remedy for various ailments, including but not limited to headache, muscle discomfort, toothache, cold symptoms, and arthritic pain and swelling.

But it has only been recently recognized that Aspirin may also be an efficient blood thinner, inhibiting the formation of blood clots in the arteries by blocking the creation of a prostaglandin called thromboxane.

In light of these findings, daily aspirin medication is commonly suggested for those at high risk for heart attack and stroke.

What Could go Wrong if you Take an Aspirin?

Regular Aspirin has a danger of side effects, but this is true of any medicine.

Gastrointestinal bleeding, a significant adverse effect of regular aspirin use, can increase the risk of stomach ulcers. Taking Aspirin when already suffering from a stomach ulcer could lead to catastrophic internal bleeding.

The usage of Aspirin has been linked in research to an increased risk of age-related macular degeneration.

Asthmatics are more likely to develop an allergy to Aspirin than the general population. Lip, tongue, and throat swelling, difficulty breathing, and a skin rash are only some symptoms of an adverse reaction to the medicine.

Aspirin can also cause other unpleasant symptoms such as headache, nausea, vomiting, tinnitus, and bruises.

Some studies link aspirin use to other health issues. According to the 2013 JAMA Internal Drug research, long-term use of the medicine may increase the risk of age-related macular degeneration, the main cause of blindness among 65-year-olds.

Reye’s syndrome is a rare ailment characterized by swelling in the brain and liver, and a previous study has connected aspirin use to an increased risk for this condition.

Even with these caveats, Aspirin has risen to prominence as one of the most popular OTC medications in the world, with an annual production of more than 100 million conventional aspirin tablets.

People use the medicine for more than simply the occasional cold or headache. Aspirin is gaining popularity as more individuals take it regularly to prevent the wide variety of diseases and disorders that studies have shown to be beneficial against.

Protecting Your Heart With Aspirin

Aspirin’s “The Blood Thinner” capacity to prevent blood clots is one of its many benefits.

Aspirin used daily in a dose of 100 milligrams was found to reduce the risk of recurrent blood clots by 42 per cent in patients diagnosed with venous thromboembolism (VTE). This condition encompasses both deep vein thrombosis and pulmonary embolism.

People at high risk for heart attack or stroke may benefit from daily aspirin medication, as suggested by these and other research praising Aspirin’s anticoagulant characteristics.

For those who have already had a heart attack or are otherwise at high risk, the American Heart Association (AHA) suggests taking low-dose Aspirin daily, as directed by a doctor.

This month, the USPSTF recommended daily low-dose Aspirin for 50–59-year-olds at high risk for cardiovascular disease to prevent heart attack and stroke.

However, whether Aspirin should be given to those at risk of a first heart attack or stroke remains contentious. While daily aspirin use can help prevent heart attack and stroke in high-risk patients, the US Food and Drug Administration (FDA) ruled last year that there is insufficient evidence to show it is beneficial for primary prevention.

MNT reported earlier this year that despite the FDA’s conclusion, 1 in 10 patients in the US was being given low-dose Aspirin inappropriately to avoid a first heart attack or stroke.

The hazards of daily aspirin use may outweigh the advantages for healthy persons, according to the study’s first author, Dr Ravi S. Hira of Baylor College of Medicine in Houston, TX.

Moreover, several studies have linked the use of Aspirin regularly to an increased risk of hemorrhagic stroke, characterized by a blood flow in the brain.

Aspirin is about to participate in the largest clinical trial ever conducted to determine the drug’s effectiveness against cancer, and it’s not hard to see why.

According to a study covered by MNT last year, Aspirin may reduce ovarian cancer risk by 20%. In contrast, a more recent study has connected long-term low-dose aspirin usage to a reduced risk of colorectal cancer, also known as bowel cancer.

Furthermore, according to research presented at the 2015 European Cancer Congress in Vienna, Austria, Aspirin may double survival for patients with gastrointestinal malignancies.

Studies like the one cited above have generated a lot of buzz in the medical community and led to the launch of the Add-Aspirin phase 3 trial because of the potential protective effect of Aspirin against cancer.

According to the study’s lead investigator, Professor Ruth Langley of Cancer Data UK, “there has been some interesting research showing that aspirin could delay or block the coming back of early-stage malignancies.” Still, a randomized trial has provided definitive proof until now. The trial is intended to provide a final resolution to this issue. Furthermore, she says,

“If we find that aspirin does stop certain cancers returning, it could alter future treatment — giving a cheap and straightforward strategy to help stop cancer coming back and help more people survive.”

Even though everyone hopes this trial turns out positive, not all scientists are convinced that daily Aspirin is the best choice for cancer prevention.

Regular aspirin use may increase the risk of bowel cancer for some persons, contrary to prior findings; the effect of Aspirin depends on the existence of particular genetic variations.

Researchers said their findings highlight the need to understand better who will benefit from Aspirin’s ability to lower their risk of colon cancer. Their findings suggested that “targeted colorectal cancer prevention techniques could be made possible if these findings were validated in additional groups.”

Studies have linked daily aspirin use to an increased fertility rate in recent years.

According to research published in The Lancet last year and first reported by MNT, women with a history of miscarriage or stillbirth who took 81 mg of Aspirin daily with folic acid were more likely to have a healthy pregnancy than those who took a placebo.

According to studies, taking Aspirin regularly may improve the likelihood of getting pregnant and carrying the child to term.

An analysis of more than 1,200 women with a history of miscarriage found that those who took 81 mg of Aspirin daily were 17% more likely to become pregnant and 20% more likely to have a successful birth than those who did not use the drug. This research was presented last week at the American Society of Reproductive Medicine Annual Meeting in Baltimore, Maryland.

While the exact mechanism by which Aspirin improves fertility, researchers believe that it lowers systemic inflammation, making the uterus a more favourable place for an embryo to develop.

Aspirin may also facilitate implantation because it improves blood flow to the pelvis and thickens the uterine lining.

Dr Richard Paulson, a professor of obstetrics and gynaecology at USC’s Keck School of Medicine, calls aspirin “the medication of the millennium.” Women trying to conceive and take Aspirin are safe to do so. Many households and offices use it, as do our medical facilities. It’s been a while.

However, other medical professionals believe that the risks of taking Aspirin daily, such as the increased risk of internal bleeding, may outweigh the benefits of increased fertility in women.

It’s not a good idea for ladies attempting to conceive of taking Aspirin daily. “The research does not support the requirement,” Edgar Mocanu, treasurer of the International Federation of Fertility Societies (IFFS), told The Telegraph earlier this month.

Consult Your Doctor Before Starting a Daily Aspirin Regimen.

Some medical experts recommend daily aspirin use based on the available research, which suggests the medicine may have some beneficial effects.

This is a specific situation. Professor of epidemiology at the University of Wales in the UK, Peter Elwood, told The Telegraph that Aspirin is affordable and useful. You can improve your odds of surviving cancer by taking Aspirin daily.

Most people agree, nevertheless, that you should talk to your doctor before beginning a daily aspirin regimen.

“Any drug has side effects. Even if you’re merely taking aspirin for pain treatment, talk to a doctor or pharmacist because certain people have a higher risk of unpredictable side effects”.

Women who are pregnant, those who have high blood pressure, asthma, liver or kidney problems, a blood disorder or allergies to other medications are among those who are more likely to experience adverse effects from using Aspirin.

Due to the potential for Reye’s syndrome, the medicine shouldn’t be given to anyone younger than 16years old.

Since Aspirin and alcohol both raise the risk of stomach bleeding, the FDA advises people who

take Aspirin regularly to reduce their consumption of the former.

Aspirin may increase the risk of bleeding during surgery. Therefore patients who take the drug regularly should tell their doctors and dentists about it before any invasive treatment.

For more information on Aspirin, read “What Is Aspirin?” in our Knowledge Base. When asking, “What is aspirin for?,” it’s helpful to know the potential benefits and drawbacks of the substance.

If you want to read more about Is aspirin “The Blood Thinner” is truly a “miracle drug,”? Click here.

How Frequently Should You See the Dentist?

Is it a Problem of Hearing Loss or Impacted Earwax? An Audiologist Explains the Differences (and How To Treat It)

How is Marine DHA Crucial for Alzheimer’s Disease Treatment?