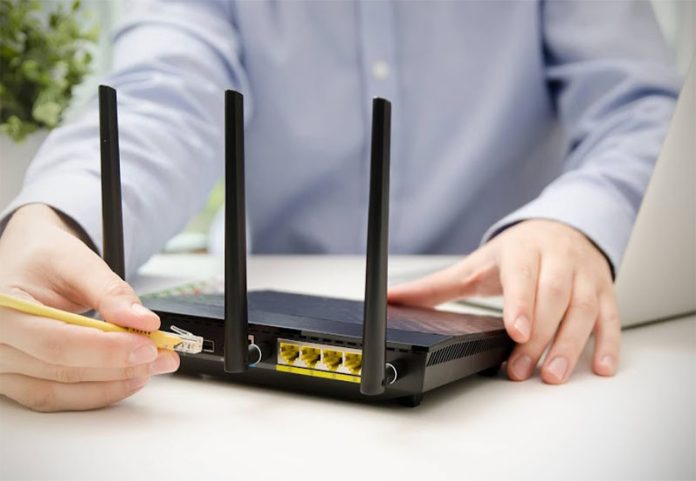 Five ways to safeguard your wireless router many ask questions like, “Our WIFI equipment or Wireless routers are hacked, or someone else uses our internet, which slows it down.” and “What can we do?” You won’t be able to stop them by conversing with them since it is a treacherous act, and the person who committed it ought to be ashamed of themselves. You are responsible for taking the necessary safeguards to ensure that no one else can access your router without authorization. I will provide you with some advice that you may use to your advantage in that respect.

Make The Name Of Your Router Unique

If you don’t already have a decent router, you should get one as soon as possible since it will provide you with capabilities that will make your wifi network more secure. Simply clicking on “best wifi router 2017” will provide many choices for purchasing excellent and cutting-edge routers.

Suppose the name of your router is something familiar, such as TPlink, tenda, or something similar. It would help if you immediately changed the network name associated with your router by going to the SSID setting. (Identifier of the Service Set).

But changing the name to something like “DON’T HACK, IT’S MY WIFI,” “IF YOU STEAL, I WILL CALL THE COPS,” or something similar would be a better idea. These are much more appealing and pointless names than those chosen by default. Additionally, avoid including any of your private information in that like. JOHN’S WIFI. It will be similar to sending an open letter to hackers inviting them to attack. Please give it a different name, but one that is not appealing to the public.

You should alter the default password on your router, but you shouldn’t make it too simple, or else it would leave your network open to attack from hackers. Your password must be longer than 15 characters and includes various elements, including words, numbers, and symbols, among other things.

Ensure that the software on your router is always up to date since this will improve its level of protection. Hackers can exploit firmware, but if you have the most recent software version, you won’t have to worry about encountering this issue. This functionality is not present in older routers; hence, you will need to search for it to locate it in the top wireless router of 2017.

Do Not Leave The Router On While Away.

It is strongly advised that you turn off the power supply to your router whenever you are not in the house. When you aren’t there to defend yourself, it will be impossible for hackers to launch an assault.

Encrypt Your Router For Optimal Safety

Several encryption methods are available, including WEP, WPA, WPA 2, and WPA2 AES. You don’t need to utilize WEP since it’s an outdated security protocol. WPA has been used since the past and continues to be used today; however, the most secure encryption is WPA2 AES, a variant of WPA2. It is the encryption that even the government of the United States uses. The fact that it has been made into a standard security system means it is also compatible with all networks, perhaps the best feature. Since you have decided to use this encryption, hopefully, you will never have to deal with the problem of being hacked again.