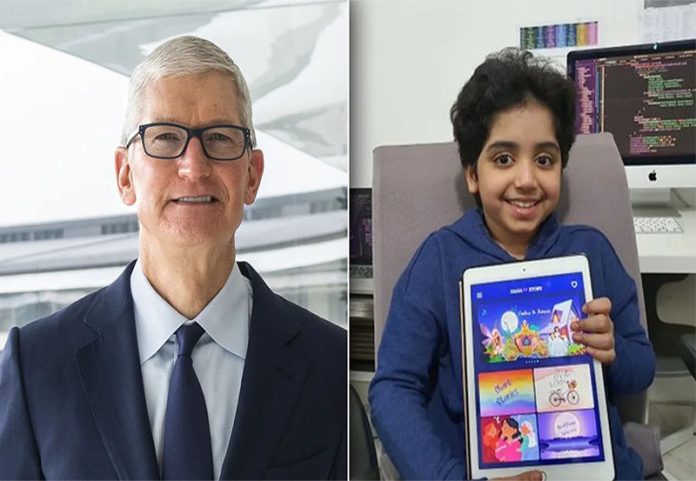 Tim Cook CEO of Apple Praised a 9 Year Old Girl for Developing an iOS Application. You’re probably either in school, playing video games, or watching an endless stream of videos on YouTube. But Hana Muhammad, who is just nine years old and described as a “tech genius,” is an exception to this rule. She has created an iOS application that lets parents record their children’s tales.

The storytelling programme created by Hana may be downloaded from the Apple App Store at no cost on any Apple device, including the iPad, iPhone, and Mac. The programme improves storytelling by providing the appropriate graphics and features, making reading bedtime tales to children and their parents much more enjoyable for everyone involved.

After receiving praise from Apple CEO Tim Cook, Hana’s software now has a rating of 4.5 stars on the App Store and is garnering a lot of momentum. Hana is 9 years old and the youngest developer to achieve such recognition.

In response to an email Hana had written to Cook in which she described her goods and the successes she had obtained with them, Hana got congratulations from Cook. Cook thanked Hana for developing such a fantastic application and noted in his email that he believed she would be successful in life as long as she maintained her determination.

Hana has noted in her emails that she has written the whole programme from scratch and has refrained from utilizing any third-party libraries, classes, or code. After doing an in-depth study of parents’ hectic lifestyles, Hana concluded that, at the end of the day, parents are exhausted; hence, her storytelling application may be the ideal replacement for it.

If you want to know more, then click here.