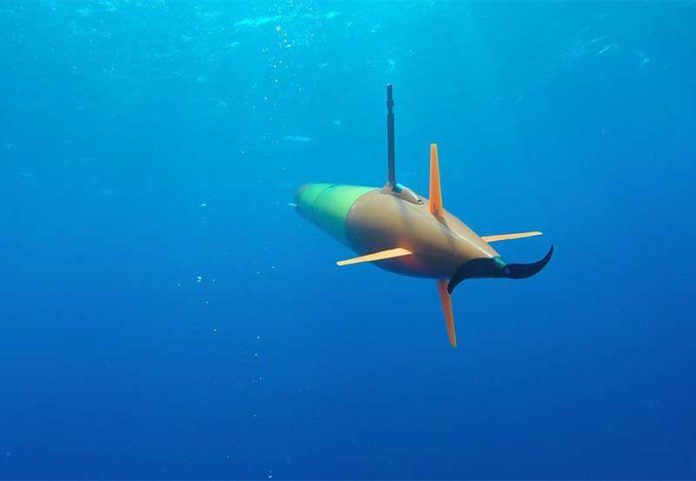 The Monterey Bay Aquarium Research Institute (MBARI) combined two technologies to create the ideal instrument for studying marine species’ environmental DNA (eDNA) utilizing underwater robots to monitor oceans. It has proven to be a great addition to the ecological sciences thus far. Environmental DNA (eDNA) is a developing and reliable approach for use in marine research, conservation, and management; nevertheless, time- and resource-intensive methods restrict the scope of service.

Additionally, Edna enables scientists to determine the existence of aquatic animals by analyzing the genetic fragments they leave behind. This DNA soup provides indications concerning biodiversity changes in sensitive regions, the presence of rare or endangered species, and the spread of invasive species, all of which are essential for comprehending, supporting, and sustaining a healthy ocean. This program makes it simple for scientists to gather DNA, allowing them to concentrate on study and discovery rather than locating the sample in the first place.

By integrating both methods, scientists may increase the spatial and temporal scope of ocean monitoring. Such technological advancements revolutionize ocean conservation efforts. Both technologies made it feasible for scientists to maintain a constant presence in the water and monitor changes in delicate ecosystems in previously impossible ways.

Kelly Goodwin, co-author of the research and collaborator at the National Oceanic and Atmospheric Administration (NOAA), stated, “As circumstances change in our seas and Great Lakes, organisms migrate, impacting the people and industries that depend on those species. We need less expensive and more adaptable methods to monitor biodiversity on a wide scale. This research offers the synergistic development of Edna and unmanned technologies required to address the NOAA Omics Strategic Plan’s aims.”

Scientists lowered the robots’ sample collectors to a certain depth to collect and preserve water samples. An LRAUV fitted with an ESP sampled and kept eDNA at identical depths and locations in the interim. The DNA samples were returned to the laboratory for further examination.

Scientists evaluated eDNA samples using metabarcoding and converted the data into a measure of biodiversity. They discovered four distinct gene markers, each corresponding to a somewhat different food web level. The combined data painted a complete picture of the community composition. Similar biodiversity patterns were observed in research vessels and autonomous vehicle samples.

Last month, MBARI tweeted a video of their Autonomous Robot in operation. It said, “A long-range autonomous underwater vehicle is an agile robot that can go to distant ocean regions for protracted missions. MBARI researchers can maintain a permanent presence in the water and gather data that informs optimal management thanks to autonomous technology.

Kobun Truelove, a biological oceanographer at MBARI and the lead author of the paper, stated in an interview about the recent development of the project, “We know that Edna is a potent tool for studying ocean communities, but we’ve been limited by what crewed research vessels can accomplish. Autonomous technology allows us to use our time and resources better to research new ocean regions. The study’s results represent an exciting advance in monitoring marine ecosystems. This project is focused on expanding the scope of DNA research. Instead of focusing on a single species, we may define the biological community structure of the ocean on a broader scale.

This approach is unique because it searches for small DNA fragments and summarizes the sample’s current groups. This method is beneficial for converting eDNA data into a measure of biodiversity. The researchers evaluated four distinct kinds of gene markers, each reflecting a slightly different level of the food web. All the data gathered and evaluated via several intriguing spectrums may provide a more accurate depiction of aquatic history than humans have ever been able to predict.