How is Marine DHA Crucial for Alzheimer’s Disease Treatment? 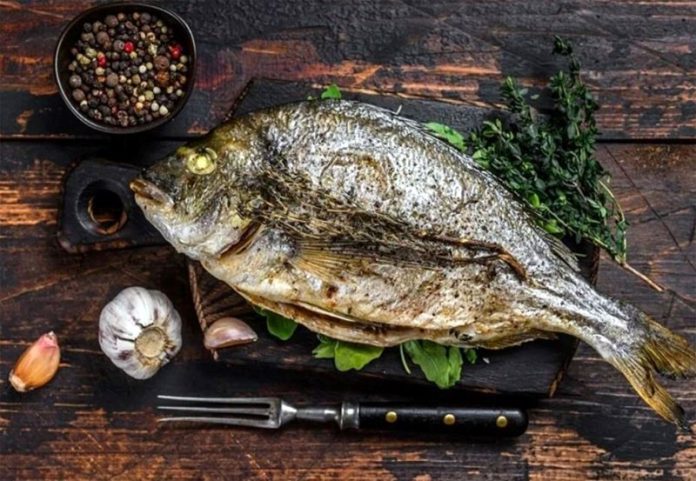 Are you Excited to know How marine DHA is crucial for Alzheimer’s disease treatment? Docosahexaenoic acid (DHA) and DHA-rich phospholipids (DH-PL) found in fisheries and aquaculture byproducts have been studied for their potential anti-neurodegenerative effects; this research suggests that they may be helpful in the treatment of neurodegenerative disorders like Alzheimer’s disease (AD).

Can You Explain What DHA is?

DHA is a crucial component in the structure of the human brain, retina, cerebral cortex, and skin because it is an omega-3 long-chain polyunsaturated fatty acid (PUFA). 30% and 90% of brain and retina n-3 PUFAs are DHA.

Triacylglycerols, phospholipids, FFAs, and cholesterol esters can include n-3 PUFAs (CEs). We classify these PUFAs according to the number of carbon atoms they contain and the number and location of unsaturated bonds they possess. In addition to facilitating the transport of cholesterol and the storage of energy, these chemicals play an essential role in the structure of cell membranes.

Preterm birth, tumours, some types of cancer, inflammation, and cardiovascular disease are all things that DHA can help protect against. It’s also essential for developing a baby’s brain and eyes. DHA’s potential to modify lipid metabolism, vascular function, and membrane dynamics, as well as its anti-inflammatory and antioxidant actions, are the primary mechanisms by which it provides cardioprotection.

DHA can be made in the body from ALA or obtained from marine sources such as fish, krill, molluscs, or algae.

Can you Explain How DHA is Made in The Human Body?

The liver is responsible for most endogenous DHA production because it produces elongase and desaturase enzymes. ALA is converted to stearidonic acid by 6-desaturase in the ER, while eicosapentaenoic acid is made by desaturating stearidonic acid with 5-desaturase (EPA).

Several neurological conditions, including Alzheimer’s and Parkinson’s disease, have been associated with insufficient DHA levels in the brain. Since endogenous synthesis is inefficient and decreases with age, n3-PUFAs must be included in the human diet. According to earlier research, the start of AD can be slowed or prevented if people increase their intake of DHA.

Dementia and Alzheimer’s disease are expected to more than double in Europe and triple worldwide by 2050, affecting as many as 113 million people. Most experts agree that the first signs of Alzheimer’s can occur as early as age 20.

The Development of Extracellular Peptides is Central to the Pathogenesis of Alzheimer’s Disease.

For instance, beta-amyloid plaques have been shown to disrupt synaptic transmission, leading to neurodegeneration and, ultimately, the damage or death of neurons.

mechanism of a neuron, which disrupts synaptic transmission. Atrophy of the brain also occurs when harmful substances like amyloid and Tau are present.

The Roots of Alzheimer’s

Both ageing and genetics have a role in AD development, with women at a higher risk than males. The ApoE-4 allele is associated with an increased risk of AD because it contributes to the buildup of the -amyloid peptide in the brain.

Factors including age, heredity, and parental history have all been linked to an increased risk of developing AD. For instance, those with a first-degree cousin with AD are more likely to develop the condition themselves. Cigarette use, obesity, and diabetes can amplify AD signs.

Inhibiting these enzymes increases the acetylcholine accessible for communication between brain cells. To that end, a cholinesterase inhibitor looks to be an effective first-line treatment for Alzheimer’s disease, especially for those with mild to moderate cognitive and functional symptoms.

While acetylcholinesterase inhibitors like donepezil, rivastigmine, and galantamine are effective, they can cause uncomfortable side effects such as drowsiness, headaches, and confusion. Moreover, the respite from symptoms and pain provided by these medications is only transient. That’s why we can’t call these medicines disease modifiers, which won’t help slow or stop AD development.

By blocking the effects of excess glutamate, the N-methyl-D-aspartate (NMDA) receptor antagonist reduces neurotoxicity. The FDA has authorized the partial NMDA receptor antagonist memantine in conjunction with donepezil for treating moderate to severe Alzheimer’s disease (FDA).

Aducanumab is a monoclonal antibody that binds to beta-amyloid amino acids, decreasing beta-amyloid plaque development in the Alzheimer’s disease brain.

DHA and AD From Marine Sources

There are chemical properties of biologically active marine compounds that are not present in terrestrial products. Amphiphilic phospholipids from aquatic animals are helpful for the food, pharmaceutical, and cosmetic industries.

Polysaccharides, glycosaminoglycans, glycoproteins, lipids, glycolipids, and pigments are only a few examples of the structural variety seen in neuroprotective marine compounds. Corals, sponges, algae, tunicates, and marine bacteria are all marine creatures that create secondary metabolites.

Fish consumption is also correlated with a lower risk of developing AD. N-3 PUFAs are commonly found in oily fish, including mackerel, tuna, and sardines (DHA)

How DHA Works to Improve Memory Loss in Alzheimer’s Disease

Oceanic Fish Oil and Other Marine Sources of DHA

DHA-PLs are abundant in salmon, chub mackerel, Atlantic herring, boarfish, and sardines. It’s important to note that the content and concentration of DHA-PL change based on the organism’s growth environment, nutrition, and pressure. The crustaceans’ inedible parts are a significant source of bioactive compounds.

High lipids, proteins, minerals, and vitamins can be found in many marine byproducts, including heads, blood, viscera, skin, and tails. Marine byproducts are becoming increasingly popular as a source of DHA-PLs because their use lessens waste production and ecological sustenance concerns.

Supercritical carbon dioxide, high temperatures, ambient oxygen, and organic solvents are only some of the ways that can be used to extract PLs (SC-CO2). Compared to other extraction processes, SC-CO2 extraction is the most effective since it results in a more desirable product, causes less harm to the environment, provides higher purity and yield, and requires less time to complete.

If you want to read more about; How is marine DHA crucial for Alzheimer’s disease treatment? Click here.

How Frequently Should You See the Dentist?

Is it a Problem of Hearing Loss or Impacted Earwax? An Audiologist Explains the Differences (and How To Treat It)

Is Aspirin “The Blood Thinner” Truly a “Miracle Drug”?