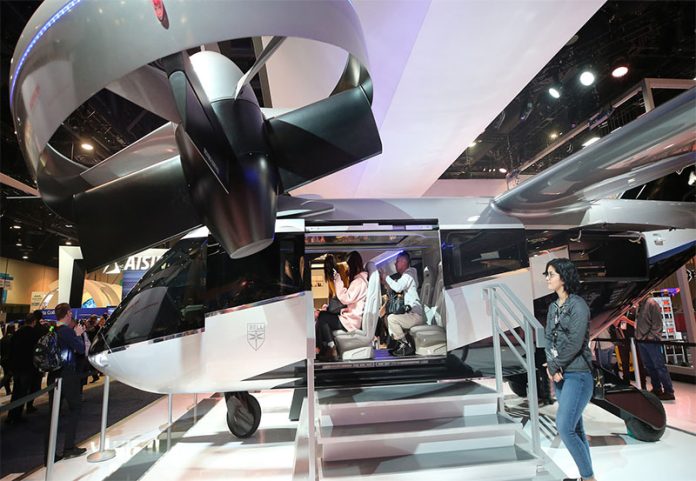 Flying taxis, also known as electric vertical takeoff and landing (eVTOL) aircraft, can take off into the air without the requirement of a runway and can also travel long distances like an aeroplane.

Although we’ve all viewed movies of flying taxis in operation, none of us has ever really been inside one ourselves. On the other hand, a recently introduced measure concerning air regulation gives the impression that this may soon be subject to revision.

Air traffic controllers in the United States have recently approved a rule allowing hybrid machines to be formally added to the list of regulated aircraft. These hybrid machines will show the characteristics of both helicopters and aeroplanes. This regulation was only officially adopted not too long ago.

This law was necessary for the flying taxi business, which has been the recipient of significant investments in the last several years. Because the regulation is now in effect, companies will soon be able to begin providing flying services to their clients.

Recently, flying taxis have been referred to as the “transportation of the future.” [citation needed] Due to the hype surrounding the topic, major airlines have placed orders for flying taxis for themselves, and investors are pouring money into start-up companies that promise to provide flying taxi services.

In what ways does the flying taxi diverge from a conventional aeroplane or a helicopter? The flying taxi also called the electric vertical takeoff and landing (eVTOL) aircraft, can take off into the air without a runway and travel long distances like an aeroplane.

In addition to these distinguishing characteristics, flying taxis also have an electric motor, enabling the vehicle to generate an almost inaudible noise level. As a result, flying taxis are an excellent option for travel within urban areas because of this characteristic.

Europeans may have access to flying taxis before Americans do. This is because it is anticipated that these flying taxis will be utilised during the 2024 Olympics, which will be held in Paris.

However, analysts in the United States anticipate that it will be operational in the country by 2025. The government does not yet have clear guidelines for regulating these machines.

Even though there are persistent issues with regulations in the United States, airlines with headquarters in that nation are actually among the most active airlines in the flying taxi space.