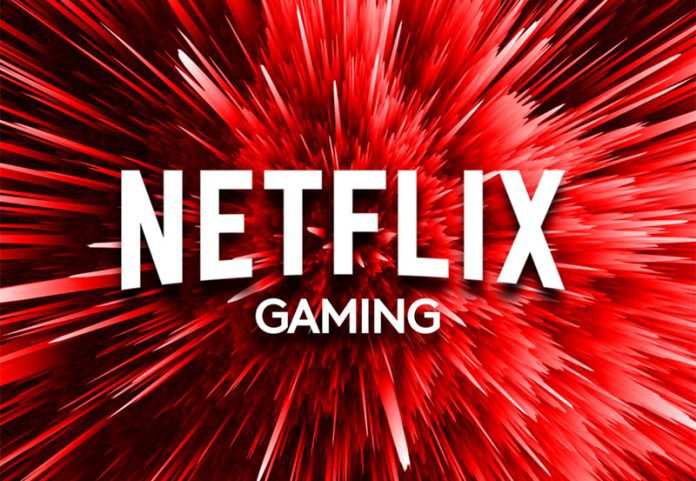 Are you Wondering to know what are the best Netflix games you should play? Netflix’s gaming area is still in its infancy, so users weren’t sure what to make of it since the streaming giant is more renowned for movies and TV series. But in recent months, Netflix has been steadily loading the gaming catalog with fantastic mobile ports like Into the Breach and Spiritfarer, hinting at the future focus of the company’s new gaming branch.

Check out our list of seven recommended Netflix video games if you need suggestions.

Recently, Netflix bought several development firms to create original video games and ports of existing titles. According to a TechCrunch Disrupt event, Netflix has 55 games in the works, some of which are based on the company’s original series. Poinpy, one of our originals, is showcased here for pleasure.

Interestingly, Netflix has expressed interest in developing a cloud gaming service, which Google failed to do successfully. The recent demise of Stadia has raised doubts about the future of cloud gaming systems. Netflix’s plans are unknown, so we must wait to see whether and how they’re executed.

Developer Ojiro Fumoto of Downwell’s Poinpy says it “feels just like it sounds” In this game, your character will be pointing and ponging off of walls and platforms to complete a series of progressively challenging missions. The game’s basics are simple, and the player is tasked with completing more difficult vertical platforming puzzles as the game progresses. As you play, a blue monster blob will ask for various sorts and numbers of fruits within a set amount of time. Poinpy, like Downwell, has simple principles but quickly becomes a challenging and rewarding experience.

Brilliant in its turn-based strategy, Into The Breach challenges players to hold their ground against enemies on a small tile map. Players begin with three mechs, each with its unique set of weapons and assault range and pattern, necessitating strategic planning. Each with their own set of skills and applications, other teams and troops become available as the game progresses.

Into The Breach’s Netflix edition, the Advanced Edition received a perfect score of 10 from reviewer Chris Pereira. There were five additional teams, new enemy kinds, and bosses in the deluxe edition. Pereira lauded the game’s complex strategy and the way one’s actions have knock-on effects, forcing them to think through every aspect of their offensive set-up.

According to Pereira, “by restricting the size of maps and the amount of troops and actions you have, it avoids ever being overwhelming, while also providing you a wide-enough possibility space that your path forward is full of opportunity, rather than feeling preordained.”

Like Hearthstone, the objective of Arcanium: Rise of Akhan is to defeat your opponent using a combination of your chosen hero’s abilities and your deck of cards. Arcanium, on the other hand, focuses more on player versus environment and includes some cool roguelike features. Players take charge of a trio of heroes, each with their deck, and engage in combat against corrupted tilings to restore the maps to their original state. It’s impossible to know what’s behind each tile on a level until you eliminate adversaries in neighboring areas. Thus, each run of the map is different.

To progress, the party must win battles on specific tiles. Players use their hero’s limited action points to play cards from their decks. Some units are tanks designed to take hits in exchange for the safety of their allies, while others are high-damage dealers with weak defenses. There’s a lot of leeway in how you play, thanks to the variety of cards and tiles available, which can be used to do everything from increasing your deck’s power to restoring your health or giving your heroes new gear.

Furthermore, in the discussion of what are the best 7 Netflix games, you should Play? Oxenfree is a 2016 game developed by Night School Studios (now owned by Netflix) about a gang of teens encountering the paranormal. Players advance the story by selecting (or tapping, in the mobile version) various items in the game world. While solving the mystery of the terrifying hauntings is the game’s main objective, the path it takes depends heavily on the decisions you make as Alex and how you shape her relationships with the other characters.

The PC version of Oxenfree received an 8/10 review from GameSpot. Instead of beating you over the head with platitudes about friendship and loss, “Oxenfree” gives you a knot to unwind and “punches you in the gut” every time you do. A sizeable small game on the all-too-human unwillingness to let go of what hurts us, Oxenfree “asks you no major questions and surely isn’t simple in relenting its answers.”

In Spiritfarer, we accompany Stella as she takes over the mantle once held by Charon and cares for wandering spirits. As Stella, captain of a massive vessel, you can construct a lodge, kitchen, field, and more. This game is a slow-paced mixture of an action-platformer and a farming sim, with the central subject dying.

GameSpot gave Spirtfarer a score of 9 out of 10. I Hope Corrigan appreciated the game’s story design, interesting characters, and fun platforming sections. “If you’re looking for a risk-free high-reward game, look no further than Spiritfarer. There’s no risk of being hurt or losing time because of anything, yet I’ve never before felt so whole “As Corrigan put it. Even though your obligations are essential, you can take your time and play by your own rules.

In the futuristic 2021 game Before Your Eyes, the player controls the game’s action by blinking. The game’s pace is determined by how fast you blink, and the first section chronicles the protagonist’s life from infancy onward. You’ll have to close your eyes at specific points to progress through memory or hear a dialogue.

Before Your Eyes was given an 8 out of 10 by GameSpot’s Andrew King, who lauded the game for its innovative use of the blink mechanism and skillful storytelling. “Before Your Eyes knows that experiencing our life, accumulating memories which become valuable, is often related to what we see: the people and the routes extending out before us,” King stated. “Instead of being a gimmick, Before Your Eyes comes across as a breath of new air.”

GameSpot also included Before Your Eyes in its list of the best video games of 2021.

How to Make a SpongeBob SquarePants MealNow, I’ll be the first to admit that SpongeBob SquarePants Gets Cooking isn’t exactly the pinnacle of cooking/restaurant management video games. But it’s a dream come true for anyone who’s ever watched SpongeBob and thought, “Man, I’d love to try my hand at managing the Krusty Krab.” Hence, it merits special recognition by being included here. The SpongeBob SquarePants game would satisfy your need for nostalgia if you enjoyed games like Diner Dash or that one weird Club Penguin pizza minigame.

You’ll make pancakes, Krabby patties, and more as SpongeBob or one of the other playable characters you unlock. Earnings from working additional shifts in the kitchen can be utilized to purchase new appliances, spruce up the space, and add other enhancements. The traditional Plankton-out-to-sabotage plot is interspersed between levels, but it is possible to skip them.

If you want to read more about Are you Wondering to know what are the best 7 Netflix games you should play? Click here.