10 Surprising Facts About The Ferrari Purosangue 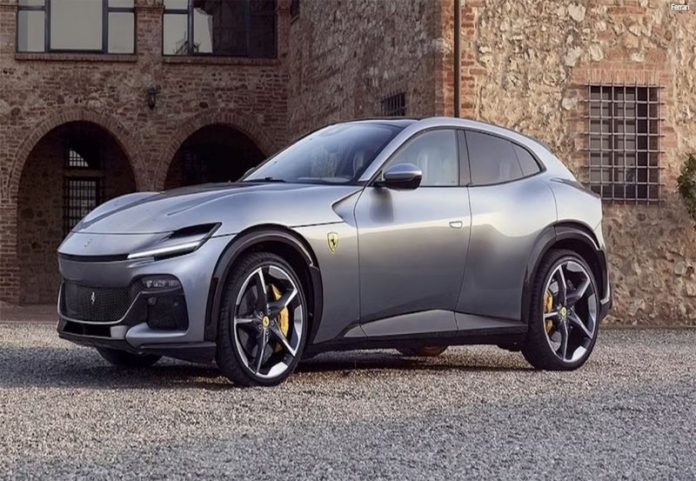 Are you excited to know 10 Surprising Facts About The Ferrari Purosangue? The new Ferrari Purosangue is designed to compete in the ultimate performance SUV showdown with the Aston Martin DBX and Lamborghini Urus.

SUVs are sweeping the automotive industry. While this is true for your everyday driver, it is also true for the ultra-luxury market. Lamborghini Urus effectively combined performance and luxury to become the ultimate SUV.

However, with the release of the Ferrari Purosangue, the Italian automaker has its sights set on the luxury SUV market. Whether driving on the street or the highway, you’ll look and feel like a million bucks in this cutting-edge new Ferrari four-door SUV.

The Ferrari Purosangue is the company’s first SUV. While this is the most practical Ferrari ever built, the Italian automaker has made it unmistakably a Ferrari from the start. This one-of-a-kind SUV has a look and feels of a genuine Ferrari, highlighting the automaker’s seamless expansion.

Featuring four doors, the Ferrari Purosangue can carry up to four adults in style. The entire design of the car is inspired by existing Ferraris, allowing the ultra-performance SUV to blend in seamlessly with the rest of the high-performance range.

The Ferrari Purosangue is an ultra-luxury sports utility vehicle. The Ferrari will have a V12 engine capable of producing 715 horsepower with relative ease. The 6.5-liter engine can also produce roughly 528 lb-ft of torque, making it one of the most potent sports automobiles on the market today.

The Purosangue from Ferrari comes with a fantastic powertrain and design. This powerful engine pairs wonderfully with the plan to help easily cut through the air. This enables the Purosangue to accelerate from 0 to 62 mph in 3.3 seconds. While Ferrari has not revealed intentions for a hybrid variant, the Purosangue has the potential to increase its performance even further with an electric powertrain.

As previously said, the Ferrari Purosangue has a very recognizable design. From the front and rear, the new Ferrari SUV resembles the Ferrari Roma as the ideal balance of performance and luxury. The rear lights and diffuser appear straight from the Roma, giving a unified visual language for modern Ferraris.

The interior of the Ferrari Purosangue is equally as sleek, modern, and familiar. The gear shifter, also used in the Ferrari Roma and the SF90, is a pleasant throwback. In addition, similar to Ferrari’s performance supercars, a second screen in front of the passenger has been added.

Despite its elegant embellishments, the Purosangue is also a very sporty shoe. The vehicle includes a standard performance steering wheel with the distinctive controls you’d expect from a modern Ferrari. An armrest separates the rear seats as well. This contributes to the back seats remaining comfortable and stylish, even though they can accommodate a further two adults.

The Purosangue from Ferrari lacks a conventional center console screen, shifting it to the car’s passenger side. This infotainment system still supports Android Auto and Apple CarPlay, allowing you to remotely connect your phone to the system.

While the Ferrari Purosangue is a one-of-a-kind super SUV, the Italian automaker allows you to customize it further. The Purosangue will enable you to modify the interior and outside of the vehicle, allowing you to create the ideal SUV.

Ferrari has many external color options but allows you to select from a few interior finishes. This can aid in the creation and configuration of hundreds of distinct combinations. While the specific options have yet to be revealed, you can expect your Purosangue to be more expensive than a Rolls Royce Cullinan.

Ferrari created the Purosangue with specific purposes in mind. Ferrari sought to produce more than just a powerful SUV; they wanted to beat all records to deliver the quickest super SUV on the market. The Purosangue has a powerful V12 engine producing roughly 715 HP.

This permits the Purosangue to reach a top speed of roughly 193 miles per hour. This is far higher than the Lamborghini Urus, which can achieve top speeds of approximately 190 miles per hour.

The Ferrari Purosangue is a high-performance SUV that doubles as a great everyday vehicle. This means that Ferrari fitted the car with a slew of equipment to let you drive about town in luxury. This offers dynamic driver modes as well as a plethora of aid functions.

Standard features include park distance control, rear cameras, and radar sensors. However, to help you stay safe on the road, the new Purosangue offers innovative technology such as lane-keep assist, adaptive cruise control, and emergency braking.

The Ferrari Purosangue is a one-of-a-kind SUV that will set you back an arm and a leg. While no official estimates have been revealed, the new Ferrari is expected to cost roughly $400,000 for the entry-level model. With a few Ferrari personalization choices, this price can rapidly reach $500,000.

While this is the most powerful SUV, it is also expected to be the most costly, with the present Rolls Royce Cullinan costing over $340,000. The Urus starts at $220,000 for the base model, which is a beautiful price compared to the Purosangue.

While the super SUV section of the market is meant to provide exceptional performance, these SUVs are mainly employed for city driving. As a result, the Ferrari Purosangue is poised to be the most powerful SUV available for daily use.

Stay tuned for more about 10 Surprising Facts About The Ferrari Purosangue. Click here.